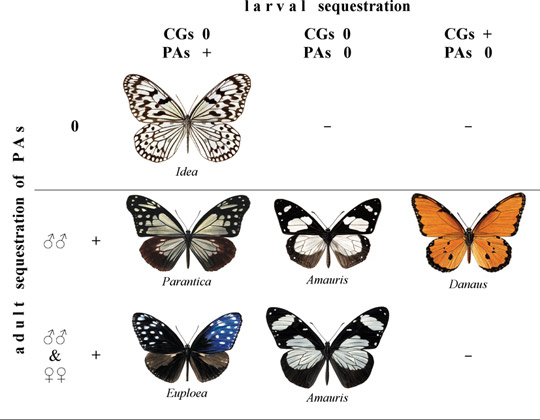 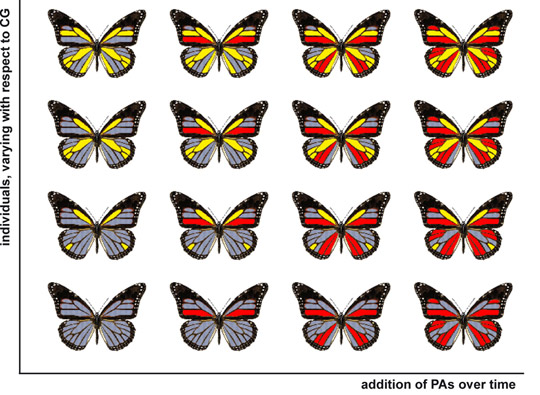 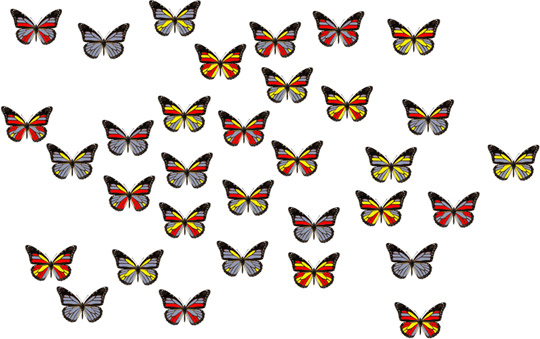 Despite the monarch butterfly (Danaus plexippus) being famous for its adaptations to the defensive traits of its milkweed host plants, little is known about the macroevolution of these traits. Unlike most other animal species, monarchs are largely insensitive to cardenolides, since their target site, the sodium pump (Na+/K+-ATPase), has evolved amino acid substitutions which reduce cardenolide binding (so-called target site insensitivity, TSI). Since many, but not all, species of milkweed butterflies (Danaini) are associated with cardenolide-containing host plants, we analyzed 17 species, representing all phylogenetic lineages of milkweed butterflies, for the occurrence of TSI by sequence analyses of the Na+/K+-ATPase gene and by enzymatic assays with extracted Na+/K+-ATPase. Here we report that sensitivity to cardenolides was reduced in a stepwise manner during the macroevolution of milkweed butterflies. Strikingly, not all Danaini typically consuming cardenolides showed TSI, but rather TSI was more strongly associated with sequestration of toxic cardenolides. Thus, in line with current theory, tri-trophic interactions appear to exert a dramatic effect on the evolution of both plant and herbivore species.

Several species of milkweed butterflies (Danaini) are known to sequester cardenolides from their milkweed hostplants. In adults of Danaus plexippus and D. gilippus, jointly raised on Asclepias curassavica (Asclepiadaceae), two hostplant cardenolides (calotropin and calactin) were found in significantly different ratios: in D. plexippus and the plant they occurred in roughly equal ratios but in D. gilippus one had a more than ten times higher concentration, suggesting selective sequestration. The two Danaus species belong to different subgenera and the results might be relevant for a better understanding of the evolution of cardenolide sequestration in Danaini, which do not generally store cardenolides.

8 species of African and Australian danaid butterflies, captured in the field, were analyzed and found to contain pyrrolizidine alkaloids. It is suggested that these alkaloids, which are gathered by the adults from plants, contribute significantly to the chemical defences of the danaids.